As I was lying in bed last night, I started wondering: “What if I had an oven that could heat its contents up to nuclear-fusion temperatures?” This is why I have trouble sleeping: my brain is very badly-wired. But still, that’s a perfect question for this blog. But as I was preparing to write the article, I got to thinking: Why limit myself to nuclear-fusion temperatures? Nuclear fusion only requires a few billion Kelvin. There are processes (particle-accelerator impacts and cosmic-ray collisions) that reach a trillion trillion kelvin!

Here’s my new oven. You’ll notice it has quite a few temperature knobs. That’s because, if I tried to fit 10^24 Kelvin all on one knob, that knob would have to be the size of a galaxy before the 100-Kelvin interval marks were far enough apart to see with the naked eye. The cool thing about the decimal number system, though, is that I only (“only”) need 24 knobs, each only marked with 10 intervals, to set temperatures hot enough to melt protons.

This new oven has a couple of interesting features. The first is the patented ceramic bowl-schist lining. Bowl-schist is an exotic metamorphic rock I imported from a parallel universe. Its heat conductivity is so low you could put a block of it next to a supernova and it’d be just fine. The second important feature is the power supply. Naturally, I can’t plug a fancy oven like this into a standard 240-Volt U.S. oven socket. Instead, the cable passes through a very narrow wormhole into the Handwavium Universe, which is stuck mid-big-bang, and therefore is absolutely flooded with energy. With all that set up, let’s cook! To celebrate my new oven, I think I’ll make a big beef roast, with some potatoes, peas, carrots, onions, and herbs and spices.

The trouble with the Oven of Doom is that the controls are a little difficult to get used to. But hey, I play Dwarf Fortress, so I’m no stranger to shockingly opaque controls. Still, starting out, I accidentally set the oven almost to zero Kelvin. I didn’t realize this until I saw the fur of oxygen and nitrogen ice growing all over my roast. Luckily, the Death Oven is also completely hermetically sealed during operation, to prevent operator death, so I didn’t freeze out all the air in the house. And defrosting was easy.

After that initial hiccup, my roast is coming along nicely. I’m making a brisket roast, so I should probably cook it long and low and slow, so it gets nice and tender. I just hope I don’t run out of patience before

Well that could have gone better. In my defense, this oven has a lot of knobs, and if there’s anything resembling a knob or switch, I am compelled to fiddle with it. The roast was on fire for a few minutes, but once most of the fat burned off, it settled down. Now I’m left with an oven full of glowing orange soot and carbonized meat and vegetables. I can probably find some creature willing to eat it…

The trouble with having a fancy high-power oven is that it’s really tempting to turn it up unnecessarily high in the hopes of getting your food finished as quick as possible. I think there might be something to all this “slow food” stuff I keep hearing about. Trying to cook my roast at 5,000 Kelvin has reduced it to a cloud of white-hot soot with a pale yellow vapor of sodium, potassium, and iron simmering over it. Still, at least I can be sure it’s safe for the people who insist on having their beef well-done.

You know, I should probably close the shutter over that porthole… It’s getting awfully bright in there. I’m pretty sure the roast hasn’t escaped, but truth be told, when I look in there, all I see is this screaming blue-white fog of ionized carbon. On the plus side, if I hurry up and buy a second roast, I can cook it with the light from the first one.

I think I’m starting to understand now why the oven’s window is more of a peephole. It’s only three inches across, but already I shouldn’t be able to stand in front of it without my legs evaporating. Actually, I shouldn’t be able to have the peephole open without my house exploding in a horrendous fireball. The oven’s emitting more power from radiant heat alone than the Three Gorges Dam. But I can hold my hand in front of the porthole, no problem. I think I’m starting to see why the department store I bought it from was called BS & Sons… 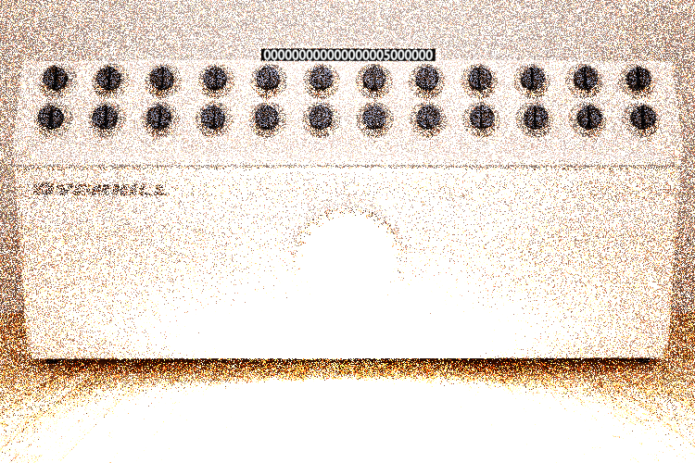 I don’t think I have the right to keep calling this thing a roast, do I? It’s really just a soup of highly-ionized carbon, oxygen, iron (from the myoglobin in the meat, and from what used to be my nice new roasting pan), nitrogen, sulfur, and trace metals. On the plus side, I’ve got my own pet solar flare now!

It’s not all bad news, though. The oven is now self-powering. All those hydrogen atoms that used to be part of things like fats, proteins and starches have long since evaporated into a searing plasma. Now, though, they’re colliding fast enough that they’re starting to fuse. Not only am I getting extra energy from this, but I’m making homemade helium, too! Cooking’s fun!

Well, I’ve gone and overdone it again. I burned up all the helium I just made! Now it’s gone and fused to make more carbon vapor. I should probably call somebody about this. Frankly, at this point, I’m afraid to turn the oven off. I mean, since the thermal conductivity is pretty much zero, it’s never going to cool down. And if I open the door, I’m going to release as much energy as detonating 30 tons of TNT. I think I’ll just wall off the kitchen and pretend none of this ever happened…

I am now essentially cooking my roast with a continuous nuclear explosion. Also, I’m pretty sure that, even if I managed to cool it down, not even a physicist with a mass-spectrometer would be able to identify what the roast used to be. That’s partly because, of course, it’s been thoroughly vaporized. But also, the carbon nuclei have started fusing to form weird stuff like neon. If you find an organism that likes to eat neon, send it my way. I’ve got a roast for it.

My oven now contains as much energy as a half-kiloton nuclear explosion. The oxygen nuclei are fusing to form things like phosphorus, magnesium, and silicon. If the peephole wasn’t made of pure handwavium crystal, it would be emitting more power (briefly) than the Sun.

The good news is that I got my roasting pan back, and then some! All the light atoms have pretty much fused into heavier elements, which have fused to form Nickel-56. If I opened the door, I would be violently vaporized, but after the fallout cooled, the Nickel-56 would decay into Cobalt-56 and then Iron-56, and I’d be able to re-cast my roasting pan!

All that brilliant blue-white death-light that filled the oven is finally starting to fade. The bad news is that that’s only fading because the thermal radiation is so intense that it’s actually spontaneously turning into matter and antimatter, forming electron-positron pairs. The other bad news is that I’ve lost my roasting pan again: the energy of the particles in the oven has exceeded the binding energy per nucleon of iron, which is the tightest-bound atomic nucleus. In other words, my stupid iron atoms are starting to melt and shed protons and neutrons. Oh well. Maybe I’ll make some really exotic elements and get them named after me. And if IUPAC won’t name them after me, I’ll threaten to open my death-oven, which has long since become a weapon of mass destruction.

By now, the iron nuclei should have melted. All I need to do is heat them a little more to get that nice gooey brown crust. Except, I just checked, and I’m pretty sure the protons and neutrons are also melting. It’s just a very thin soup of quarks and un-named nonsense particles in there. Just like the Standard Model, amirite? Sorry. I shouldn’t be joking about particle physicists. Actually, speaking of particle physicists, could somebody call one of them? Because I’ve got three kilograms of pure quark-gluon plasma that they’ll probably want to study. You know, if they’re obscenely brave and not concerned about the 1.9 megatons of thermal energy packed into my oven. To be fair, if the door was gonna fail, I’m pretty sure it would have done it by now.

I’m really glad I spent the extra money on the Handwavium Universe power connector. In the 15 minutes it took me to obliterate my roast and put the entire Earth in jeopardy, the oven was drawing 8,830 terawatts. I’ll have to check the electrical panel, but I’m pretty sure 37 billion amps is above the rating of the breaker for the kitchen. Now all I need to do is call BS & Sons customer service and see if there’s a way to dump what’s left of my roast back into the Handwavium Universe. I don’t think I’ll be hurting anything: the HU is way hotter than my oven can get. Actually, the HU is so hot that the laws of physics themselves are above their melting point.